The most compelling reason to use hiking poles is for stability. A fall can lead to injury or even death which could prematurely end a thru-hike, which of course a mortal injury will lead to the end of more than just a hike. One study concluded that with no pack load 1 or 2 sticks are more stable than not using one. With no load, there was no difference between 1 and 2 sticks though. When a pack was added to the test 2 sticks greatly improved stability over 1 or none. This may seem intuitive, but now there’s a study that backs up this common sense. Trekking poles also provide benefits when hiking downhill. Downhill hiking produces forces similar to running on level ground. The poles reduce the net joint movements of the lower extremities which reduces the likelihood of injury. This could be in the form of a rolled ankle or twisted knee. The added stability results in less contraction of the musculature around the joints which also reduces the risk of injury.

Trekking Poles - Worth the Weight? 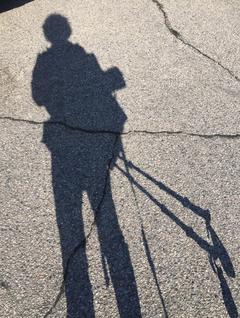 Trekking poles also slightly reduce the forces on the lower extremities, which has a cumulative effect of reducing the overall forces on these joints and reduces the likelihood of injury from the additive effect of these stresses. This is especially important to long-distance hikers as my earlier article shows many hikers suffer from numbness and tingling in their joints. Stress on the hips is also reduced with poles. Hiking with poles leads to a more upright posture which creates more efficient respiratory functions by allowing more oxygen to be taken in per breath since the upper torso is in a less contracted position. An uphill walking study with no external load supports there is no change in energy expenditure when walking uphill with vs. without poles. It found that high-frequency walking increases energy cost but at a lower preferred frequency the global energy cost does not change. Poles shift some of the energy expenditure from the thighs to the calf and upper limb muscles but at an equal overall energy cost. Trekking poles have come into common use by modern hikers and there are a number of good reasons they can point to which support this expenditure and added weight.

Jacobson BH, Caldwell B., and Kulling FA. 1997. "Comparison of Hiking Stick Use on Lateral Stability While Balancing with and Without a Load." Perceptual and Motor Skills 85 (1): 347-50.