Women carried a heavier load compared to men, 28% of body weight vs. 25%.
Women were more consistent in hand washing and water treatment by +14% and +10% respectively. Interestingly women didn’t have less diarrhea incidence though.
Women were more likely to suffer from numbness or tingling by 1.5 times.
Women were almost twice as likely to get sunburn or poison ivy.
Women suffered around 3 times as many respiratory infections and hypothermia.

Of these women, 22% became amenorrheic while hiking. While this may be more convenient, the concern raised by the researcher is that temporary amenorrhea may result in permanent bone mineral density (BMD) loss.

A second study of 29 long-distance women runners who were amenorrheic attempted to answer whether formerly amenorrheic athletes’ BMD will return to normal. The subjects who were amenorrheic at the time of the initial study and were previously oligomenorrheic didn’t return to normal BMD even after an 8-year follow-up study and a return to a regular cycle. Regular is 10 – 13 cycles per year, oligomenorrhea is 3-6 cycles per year and amenorrhea is fewer than 2 cycles per year or no cycles in the past 6 months. On a positive note, according to a third study, the number of menstrual periods since age 13 is positively correlated to lumbar BMD. This means that if the amenorrhea or oligomenorrhea is only temporary or short-lived, the effect will be overshadowed by the total months of normal cycles. Low BMD increases the risk of bone stress fractures which can involve the lower extremities. Bodyweight is positively correlated to BMD, meaning that low body weight is a risk factor for BMD. Calorie intake needs to be matched to activity levels. The concluded increased risk of reduced BMD made by this study lies with the O/A group. If you’re in this group or may be in this group, a preventative consultation with a physician is indicated. Whether this applies to thru-hikers, who have a phantom body mass created by their pack, warrants more study.

Disclaimer: You should always consult your physician for any health-related concerns. I am not a physician, but believe this information to be useful in raising awareness of this possible health concern.

Women make up about a fourth of Appalachian Trail thru-hikers. A survey-based study of long-distance Appalachian Trail backpackers was examined for differences between the women and men hikers. Of the 280 hiker returned surveys, 26% were women and overall the hikers hiked 144 days (± 66 days) and 1570 miles (± 680 miles) on average. Of the women, 57% completed their goal and 72% of men completed their goal. Their reasons for dropping out were similar to men’s so there wasn’t a compelling reason for the difference. The study did find the following differences: 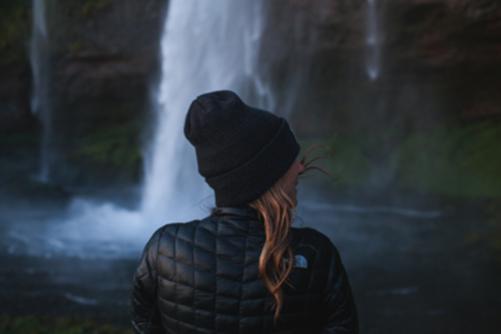