Main diet – vegetation, carrion, nuts, fruit and 5% of their diet consists of live prey of small mammals and insects.

Behavior – they use their claws to climb trees for food and for safety.

Habitat – originally the North American plains but now pushed into the Rockies.

Behavior – since they can’t easily retreat from danger due to sparse trees, they confront danger with aggression.

Bears will present their profile or stand on hind legs to be intimidating. They will vocalize with hissing and / or jaw popping with growling being less common. Yawning and head swinging show they are annoyed by an intruder. If these don’t work they may charge stopping short of contact.

Injuries from bears is about 10 per year with 1 death per year in North America, see Table 1 from the study below.  Given a choice most bears avoid human beings. When encounters do occur they can be classified into three types of encounters.

This happens when neither the person nor bear is aware of the other until they’re within close range. A hiker downwind can contribute to these, or tall vegetation, heavy forest, rain, fog, noise from streams, darkness, or trails along heavily forested areas which are preferred by bears. The bear’s reaction is divided as follows:

Black bears male & female – once the human is detected they generally flee. A typical encounter is a brief moment of eye contact, surprise, fright, flight. A bear preoccupied with feeding may try to stand their ground. Prudent hikers should heed any warning signs and leave the area. Females with cubs typically send to cubs up trees and they either climb another tree or run away. Human fatalities from female black bears are rare, but The Smokies saw one in 2000 by two female bears, the hiker was sitting beside the trail reading. A jogger was killed that same year near Quebec City in Canada by a female.

Brown bears female – mothers attack aggressively and make physical contact. 70-80% of sudden brown bear encounters are with mothers. Most attacks last less than 2 minutes and don’t result in death, they are just designed to neutralize the threat.

This can be the result of a poorly placed shot by a hunter causing the bear to attack. It can also be from photographers getting too close. Another cause is hikers happening upon a bear defending a carcass. This type of attack is equal for male and female black and brown bears.

In black bears, 90% of the attacks are predation made by male bears in remote locations. These mainly occurred in Alaska, Alberta and British Columbia mountains and the Michigan / Ontario region. Half of the victims are children and 93% occur in the daytime. Brown bear attacks are rarely predatory and are usually carried out by human habituated or food conditioned bears.

Be alert and make loud intermittent vocalizations as you hike. Don’t use bells as these are ineffective near streams and some bears are conditioned to associate this with food in backpacks.

Ravens can be a sign of carrion and should not be investigated especially in brown bear territory.

Keep food in airtight containers. Hang between trees away from the campsite. Don’t bring food into your tent. Carry food with minimal odor and in brown bear territory cook well away from camp. Food odors can be trapped in clothing worn while cooking. Store away from camp.

Camp well away from trails and the edges of wooded areas – both are preferred travel corridors by bears.

Keep your sleeping bag partially zipped so that it can be evacuated if a bear drags it away. Two campers were killed in this manner.


Response to an Attack

If it’s a black bear, the attack is generally predacious. The only chance of survival is to try and intimidate the bear or if it makes physical contact fight back with a weapon or any available object. Loud shouting and raising the arms or holding a large object above your head can be useful. Keep backpacks on as a layer of protection. Running is not advised unless a dwelling is nearby and can be reached quickly. Climbing trees is not advised. Dropping a camera or other object can act as a distraction.

Unless contact is made, most brown bear charges are either a bluff charge or trying to investigate the intruders. In the case of contact, this is typically a female with young. In this case or the instant before contact, you should fall to the ground and play dead. Protect your face and viscera (abdomen), hands over the back of the neck which makes the arms protect the face and lie on your stomach according to the National Park Service. In Yellowstone, this strategy resulted in 75% of the time the victim sustaining only minor injuries. Fighting back resulted in severe injuries 80% of the time.

Red pepper, capsaicin, bear sprays are 92% effective in deterring attacks, though it took subsequent spraying in 18% of the cases to deter the bear. (Smith, Herrero 2008) The National Park Service recommends you wait until the bear is 20-30 feet away.

For the latest information on bear attacks see “Bear Attacks: Their Causes and Avoidance 3rd Ed” by Stephen Herrero, 2018. I have not read this book, so I’m not aware of its recommendations vs. those of these studies, though Floyd's study, which most information above was taken from, cites eight of his published papers between 1970 and 1998. Herrero has published many more peer-reviewed articles on bear attacks since.

​Remember no response is full-proof. 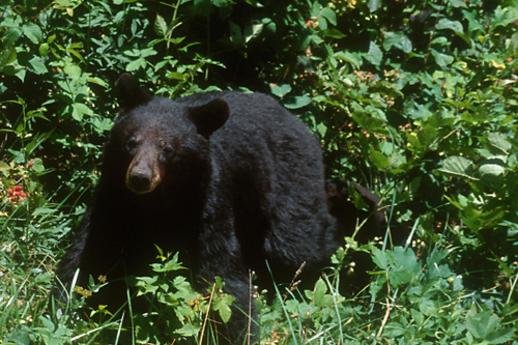 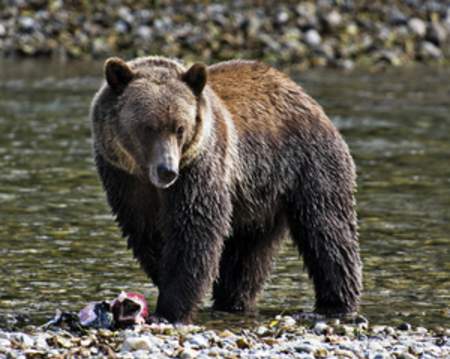