Blisters are experienced by nearly 2/3 of long-distance Appalachian Trail hikers according to a 2003 survey and are the most common ailment experienced in wilderness activities, see Ailments. Although there have been advancements made in boot and sock designs, blisters remain a common issue. ​Friction blisters result from cleavage of the 3 superficial layers from the layers below and form the roof of the blister. There is a complex biological cascade of processes that are initiated when a mechanical load is applied to soft tissues which begins with oxygen deprivation and eventually leads to cell death.  The higher the pressure involved, the quicker the tissue ulceration. The shear forces on the skin direct forces into the layers of skin. This and repetitive cycles both reduce the amount of force needed to induce a blister.

Many products are thick, 20-35mm, which can increase the pressure between the foot and boot, which will worsen blister formation. While many reduce friction, they don’t reduce shear forces. The technology proposed by this study borrows from elements of human anatomy. In the shoulder, where there exists shear and frictional forces, the body has membrane-lined partly fluid-filled sacs called bursae. When shear and frictional forces are applied to these structures, they allow gliding over the opposite surface to reduce and distribute these forces.

Bench testing was performed to evaluate the coefficient friction (CoF) of different products used for blister prevention or treatment. Dr. Scholl’s Moleskin Plus was 21% higher while Tegaderm was 169% higher than the Bursatek bandage.

Similar clinical coefficient of friction testing was also conducted on human skin and compared to the Bursatek bandage which found a 31% reduction versus bare skin. The result of this study lead to the development of the Bursatek system into a commercial product marketed as Blist-O-Ban. There are no field studies on this product, so its efficacy is not vetted.

There are no studies where the coefficient of friction of sports tapes (like Micropore or surgical tape, Leukoplast, Fixomul, Elastikon, Rocktape, KinesioTex) was measured, which is a commonly used technique used in blister prevention by ultra-endurance marathon runners. Its efficacy is supported by one study but not the other. The study which supported taping, the runner’s reported blister prone areas were taped on the study foot and other areas where blisters typically develop were left un-taped. Once a blister developed, the data collection ended. The study which didn’t support taping, taped all blister prone areas of one foot but not the other. Once a blister developed on either foot the data collection ended. One problem with this study is toes were taped on runners which also wore Injinji style socks which may have confounded the data for this location. Despite this, taped sites other than the toes showed higher blister rates.  Paper tapes conform better to the rounded parts of the feet, but proper taping takes time and care. Many marathoners have a personal belief that taping helps.

Injinji toe separated socks are popular among marathon runners and help prevent blisters of the toes. Taping of the toes in toe separated socks is not supported by the 2014 study and may have contributed to blisters. Moist skin produces the highest frictional forces versus dry or very wet skin. Very wet skin, while low in friction, is susceptible to injury. While the adhesion of Micropore tape is poor in wet environments, this weak adhesion minimizes the possibility of unroofing blisters upon its removal. Once a blister is unroofed its healing rate is slower. Petroleum jelly increases friction as well as antiperspirant. While antiperspirant/emollient combinations reduced blister formation, they also caused irritation and are not indicated. Foot powders have not been proven to be effective and may actually worsen this problem.

No method is going to prevent blisters in every circumstance or individual. The field studies found most blisters, 80-90%, formed during the first two days of the six day marathon. This information indicates prevention is supported in the early days of extended running or hiking activities.

Polliack, Adrian A, and Samuel Scheinberg. 2006. “A New Technology for Reducing Shear and Friction Forces on the Skin: Implications for Blister Care in the Wilderness Setting.” Wilderness &Amp; Environmental Medicine 17 (2): 109–19. 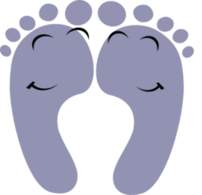