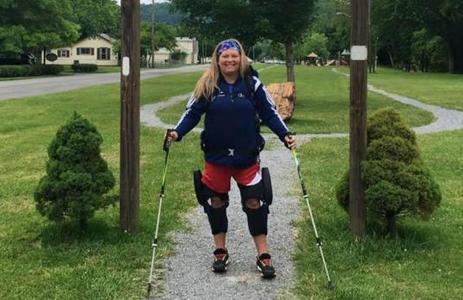 Stacey Kozel thru-hiked the PCT this year after thru-hiking the AT in 2016. This is noteworthy because she is paralyzed from the waist down and has to wear special electrically operated leg braces to walk. She is a media darling and her inspirational story has been featured by the major news networks. A hostel owner along the PCT, Donna Saufley, was a little dubious of Stacey’s claim, and asked if anyone had seen Stacey on the PCT. This baited question lead others to examine her finish date, hiking rate, her terminus picture and other pictures and the fact that she had not been seen by hikers along the trail. Doubts about her AT thru-hike have been raised on Facebook and Whiteblaze.net and her thru-hike claim called into question on this trail as well. Many people “cheat” and yellow blaze on their thru-hikes. Did Stacey really thru-hike the AT and PCT will remain to be seen. The hounds have been unleased and sadly this casts a dishonest shadow of doubt. 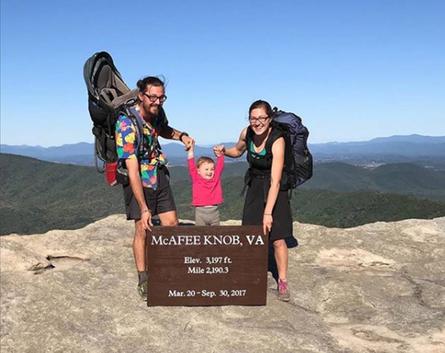 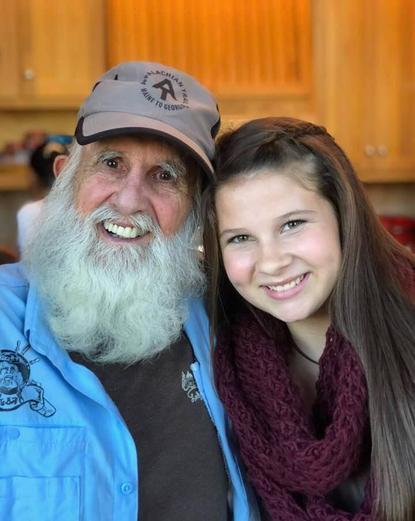 This year Dan “Knotts” Binde of Lake Park Minnesota broke Heather’s self-supported record for the AT by completing his AT thru-hike in 53d 22h 57m. This was one of three legs of his attempt to triple crown in a single calendar year. He has previously completed the triple crown by hiking the AT and PCT in 2015 with the CDT and the added GDT in Canada in 2016. Unfortunately he would be forced off the CDT before completing his attempt by winter storms. His self-supported FKT of the AT would last less than two months. Four days after “Knotts’” record, Joe “Stringbean” McConaughy started his self-supported thru-hike speed attempt. He would beat “Knotts’” record by completing the AT in an impressive 45d 12h 15m, shaving 8 days from the “Knotts’” self-supported record and even besting the supported record set by Meltzer. This is especially noteworthy considering he had no help from a support team. 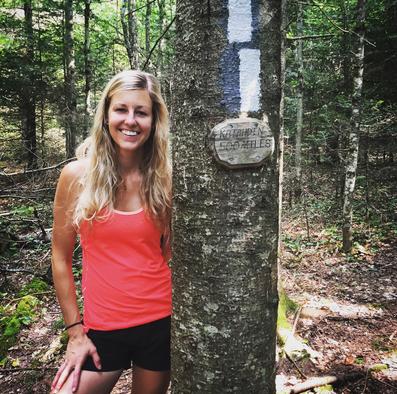 Kanga, Roo and Sherpa flip-flop thru-hiked the AT this summer. The Quirin family includes a young member, Ellie, who learned to walk on the AT during their trek. She started the trail with mom and dad at the age of one. According to their research, Roo is the youngest person to traverse the AT. The couple wanted their daughter to be immersed in the outdoors and the AT was their way of accomplishing this. Both mom and dad studied outdoor leadership and understand the therapeutic value of being in the wilderness.

Their progress pictures are on Instagram at: #ellieontheat or ellieontheat

​This past winter the Sierra Nevadas saw heavy snowfall. This made thru-hiking the PCT especially treacherous this year. The snow lingered late into the summer, which made for harrowing passage through the higher elevations. This also lead to runoff which caused rivers to swell and made fording them extremely dangerous. The following video of the Downhill Bandits illustrates how extreme it was this year.

The wildfires in Oregon and Washington made skipping around the fires a necessity for many hikers.

Will 2018 live up to the excitement and controversy of 2017 will remain to be seen.

The reality of the dangers of thru-hiking these long trails unfortunately claimed the lives of at least six hikers this summer. Ending on a sad note are their names:

AT – James Allen Nanninga of Florida was 70 years old when he fell in September near Rockbridge Virginia. Rescue efforts were hampered by the remote wilderness location and regulations on the type of equipment that could be employed..

AT – Gerald Gabon of Ontario Canada died near Wyman Township in Maine from an apparent medical episode.

PCT – Another hiker died after a fall on ice in February in the Islip Saddle in the Angeles National Forest.

PCT – Rika “Strawberry” Morita 32 years old of Japan drowned in July during a river fording of the south fork of the Kings River.

PCT – Chaocui “Tree” Wang of China drowned during a river fording of the Rancheria Creek in Kerrick Canyon.

The Appalachian Trail (AT) saw a record number of people starting their thru-hikes this year with around 3,800 NoBos starting their treks on Springer Mountain. The number of SoBos starting from Mt. Katahdin was around 500. The current total number of completions is around 400 total thru or section hikers registered with the Appalachian Trail Conservancy which will rise as the year wraps up. Once the final numbers are in this will likely tally to around 800 NoBo and 100 SoBo thru-hike completions. The number of permits issued by Baxter Sate Park did not come close to the 3,150 maximum. The Pacific Crest Trail (PCT) Association lists 381 completions so far in 2017 which although the year isn’t over the total number will likely be lower than previous years due to hazardous conditions on the trail this year. The Continental Divide Trail (CDT) had 48 thru-hike completions this year.

This was a busy year in the area of FKT (fastest known time) AT thru-hike records. The recent record holder in the assisted / supported FKT category is the author and motivational speaker Jennifer Pharr Davis from North Carolina who held this record since 2011 with a time of 46d 11h 20m. This was toppled by ultramarathon runner Scott Jurek of Colorado in 2015 with a time of 46d 8h 7m. This record would topple again in 2016 as ultramarathon runner Karl Meltzer of Utah completed the trail in 45d 22h 38m.

Another type of unofficial speed record is the unassisted or self-supported thru-hike. The record for the AT was set in 2015 by Heather “Anish” Anderson with a time of 54d 7h 48m. She also holds the female PCT supported speed record of 60d 17h 12m set in 2013 and the Arizona Trail’s FKT of 19d 17h 9m in 2016. She completed the CDT this year to become a triple crown hiker. Also in 2013 Josh Garrett would finish the PCT in 59d 8h 14m. Joe “Stringbean” McConaughy a cross-country runner from Seattle, Washington raised the supported PCT thru-hike bar to 53d 6h 37m in 2014. This was replaced in 2016 by Belgian Karel Sabbe in a supported PCT thru-hike which he completed in 52d 8h 25m.

Jessica “Dixie” Mills is a hiker from Alabama who has around 70,000 subscribers to her YouTube channel named Homemade Wanderlust. She uploads videos of her progress during her thru-hikes as well as other information on gear and thru-hiking. In 2015 she completed the AT and this year she thru-hiked the PCT. Rumor has it that she will attempt to triple crown by hiking the CDT in 2018. To follow her visit: 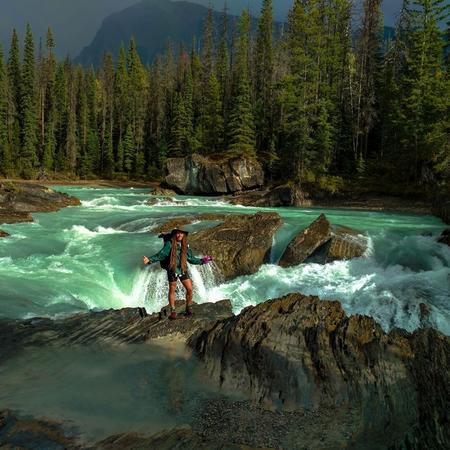 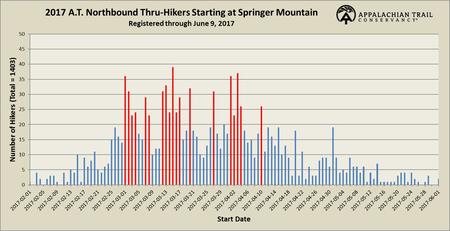 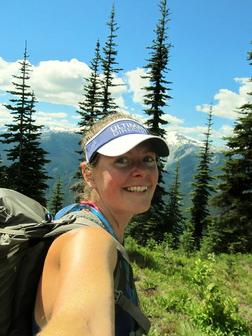 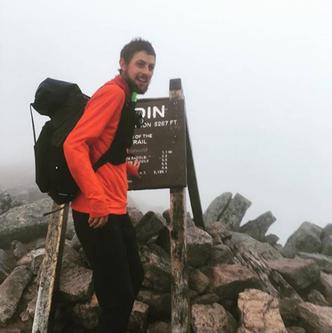 Dale “Greybeard” Sanders started his thru-hike at 81 years old. He developed health problems in the 100 mile wilderness in Maine and had to drop off trail for several days to seek medical assistance. It looked highly doubtful his dream would be realized this year. He convalesced and then returned to the trail, celebrated his 82nd birthday and completed his flip-flop thru-hike in the beautiful town of Harpers Ferry and became the oldest person to accomplish this feat. Numerous pictures were taken by hikers who met him on the trail and he became a celebrity before crossing this off of his bucket list. He is an active octogenarian who paddled from Lake Itasca on the Mississippi River to the Gulf of Mexico back in 2015. He proved you’re never too old for a thru.