One approach to guiding behaviors is to post signs of trail etiquette and expected behaviors. These must be brief or they typically won’t be read so they can convey only a limited message. Interpretative 2D displays of pictures are also used and provide more in-depth information. The limited target of information on the Chinese signs looks easy to interpret without being overly invasive or distracting.

​Another method which promotes responsible hiking behavior is a well maintained trail. Several studies of hikers, made in national forests or parks, found that between one-third and half of hikers hiked off-trail or along the edge where conditions were muddy or where there was erosion. This emphasizes the importance for recreational resource managers to maintain high quality trail conditions. This is not an inexpensive solution unless there is a volunteer base. Hiking off-trail widens the trail and leads to more impacts, especially on surrounding vegetation. It also decreases the quality of the hiker’s wilderness experience versus that of a more pristine, narrow, well maintained path.

Partying and rowdy behavior by a few has lead to the belief by some that the A.T. is a 2,200 mile rolling party. Many hiker resources have been lost due to being closed down based on the poor behaviors of the worst of the bunch. Pennsylvania’s Palmerton Borough Hall hostel along the A.T. closed after 40 years unofficially due to poor hiker behavior. A central section of The Superior Hiking Trail in Minnesota was closed when hikers became belligerent because the land owner was hunting on his own land that the trail crosses. The Scotchman Peak trail was closed due to mountain goats becoming aggressive after hikers were feeding them. Carving names into shelter walls, spray painting graffiti on rocks and structures, vandalism of all kinds are blamed on hikers. Many times the shelter is too close to a road crossing and these problems are caused partly or wholly by locals. Some hikers have even stooped to the level of falsifying service animal paperwork to circumvent park regulations against dogs. The website  www.guthookhikes.com divides reactions to this problem into three groups:

The educator’s reaction to this problem:

“We need to teach new hikers how to respect the gift that is the Appalachian Trail.”

The enforcer’s reaction to this problem:

“We need to stop the hikers who are behaving badly.”

The curmudgeon’s reaction to this problem:

“Kids these days act like they own the world.”

Only the first two responses are helpful in solving trail behavior issues. The third suggests the societal problem of “The world owes me a living,” a view which has been around for a long time and won’t be solved with signs or manicured trails. Many outdoorsmen and women understand and respect the wilderness though which they pass. The inconsiderate among them are probably inconsiderate and disrespectful away from the trail. With everyone married to their cell phones, maybe part of the solution is to build good behavior lessons into hiking apps like AllTrails, Guthooks, Gaia GPS and others. Whatever approach is taken, education and a sense of responsibility for the trails will need to be instilled into every wilderness foot traveler to solve these issues. Until then, an appropriate motivator may be trail maintenance for those who don’t follow the plot. 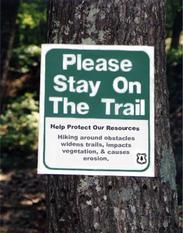 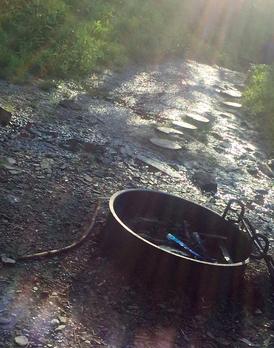 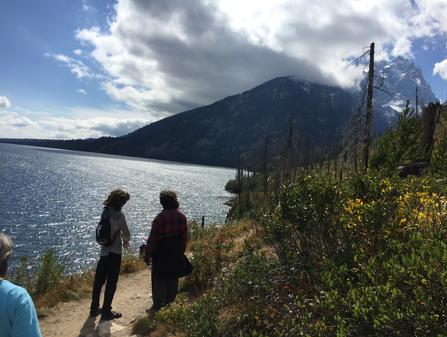 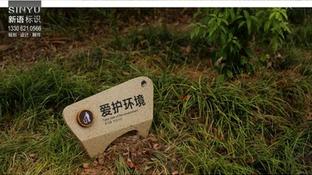 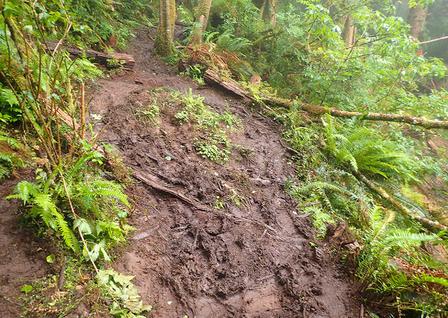 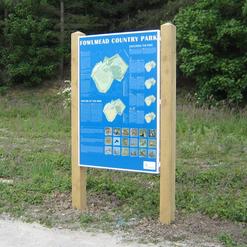 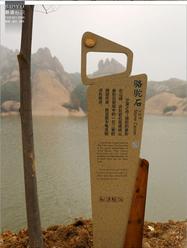 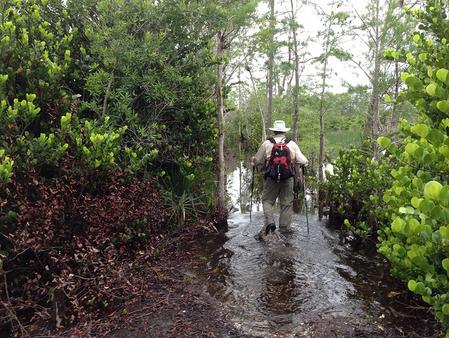 With the building popularity of the Appalachian and Pacific Crest Trails, more and more stress is being put on these finite resources. Impacts of hiking include soil compaction, trampling of vegetation, disturbing wildlife, trash accumulation and water quality degradation. To minimize many of these impacts, hikers need to be encouraged to act responsibly by staying on the trail. It takes dedication to walk through the middle of a muddy or flooded trail when it’s surrounded on either side by dry land. The principle of “Leave No Trace” or LNT as it applies to wilderness ventures is a good one and encompasses all of the above issues. The Scouts also teach this valuable precept. Its principles are:

Plan ahead and prepare

Travel and camp on durable surfaces

Leave what you find

Be considerate of other visitors

The above principles are sound, but LNT is easier to remember and open a discussion with. I like the statement “Take only pictures (and trash), leave only footprints” with the added words by Meghan Grady.  Edward Garvey was a firm believer in packing out the trash of others. He also believed in a dress code and shaving regularly on the trail, foreign ideals today, and not ones I believe are necessary. Many who own land the A.T. crosses don’t like the idea of a band of vagabonds crossing their land. Hikers should be respectful as the land provides many rural communities with goods and income. How many of us would be willing to allow a steady stream of backpackers to cross our land? At the very least we should “Pack it in, pack it out” so that our individual impact is lessened.

Hanging of food bags may seem like unnecessary work after a long day of hiking, especially when you haven’t seen bears or raccoons for days. Unfortunately it takes but one carelessly stored food bag and the bear will never forget how he scored an easy meal. Even burning food or drink cans may not remove all traces of food scents which may lead to wildlife connecting campsites with food. This also violates the leave no trace principle if these aren’t packed out. Even the simple act of leaving items in a fire pit for the next night’s hikers to burn can lead to troublesome behavior by bears, toothpaste tubes included.